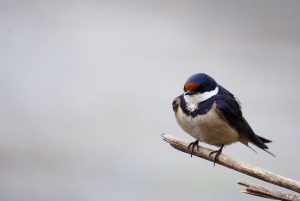 This third stage of your virtue education experience centres around the practice of habituation. In phase one and two you gained some foundational knowledge about virtue education, self-assessed yourself and identified one virtue on which you want to work.

Now we come to habituation, which is core of the entire process of virtue education.  You should expect to spend at least 4 months in this stage.

But first, what exactly is habituation?

There are many ways in which humans can be educated, and habituation is one of these.

Habituation is easily understood by answering the question of how we get to be good at something. Think, for example, about playing the piano. How do you get good at it? The real secret is in countless hours practising and repetition. Education in piano playing means repeating scales so many times that finding the right notes on the keyboard becomes a built-in habit. Technically speaking, piano players have been “habituated into a practice.” Ability, harmony, rhythm and even the ability to improvise have become natural because of repetition.

Aristotle is one of many who have written about habituation.  He claims that we are educated in virtue in the same way as we are in any technical abilities: by constant repetition and habit building.  Virtue becomes a part of us by repetition of good acts. These, in turn, become “second nature” and shape the habits of our soul. The virtues, claims Aristotle, are made perfect by habit. By practising actions of justice, we become more just. As we face our fears, we become more courageous. As we give, we become more generous, and as we abstain from excesses, we become more temperate.

The statement ‘one swallow does not make spring’ expresses this dynamic. Virtue is shaped by long and continued repetition of virtuous actions.  The Romans used to say ‘Gutta cava lapidem’, indicating that through slow, continual repetition, water drops eventually wear through event the hardest rocks.  Alcoholics Anonymous have the saying ‘fake it, until you make it’, to suggest that the key to genuine change is purposeful action, even if initially it is only external conformity.

It may seem paradoxical in some ways, but habituation presupposes that doing is a prelude to becoming.  You can shape what you are through the habits of what you do.  Nowhere is this as true as with virtue, and Aquinas went as far as to claim that ‘human virtues are habits’. 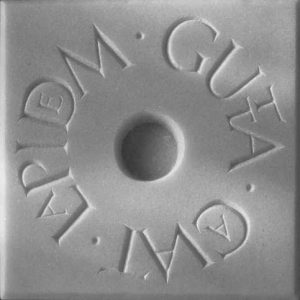 Here is a four-point summary: 1) Those who are not yet virtuous can perform virtuous actions and thereby become virtuous; 2) virtue can be perfected through repetition; 3) habituation has to do with the exercise of the will and 4) habituation eventually produces spontaneous action.

Granted, habituation does not guarantee character growth for everyone, and it is possible to dissimulate and role play virtuous actions that will do little to shape our character. But for those that are rightly motivated and determined in their will to persevere, habituation is a powerful tool of change.

So much for the theory.  What will you actually do?

Here are four basic steps of habituation as it relates to virtue education:

In the next section you will take a closer look at points 2 and 3 above, as you identify activities and opportunities and write a plan.